The Future of Digital: 5 Things You need to Know from ‘Programmatic Punch’

In-housing, addressable TV, regulation and, of course, transparency and ethics – all topics that have dominated industry headlines in 2019.

With some 69% of media due to be traded programmatically by 2020 and digital ad spend set to exceed $100bn, The Drum brought together experts from the digital media landscape at its annual Programmatic Punch event on Monday (2 December)

In the unusual setting of a boxing ring, execs from ITV, Lidl, News UK and more battled out what the future of programmatic will look like as we crash into a new decade. Here are some of the key takeaways from the day.

The shift to in-house has been overstated

In-housing was a recurring topic of the day. Not least following of a report issued by the Interactive Advertising Bureau (IAB) at the beginning of the year which suggested 48% of UK brands have completely and 40% have partially moved programmatic ad buying in-house.

However, there was some scepticism among some speakers over the extent to which advertisers are really in-housing their programmatic media spend. Sam Gaunt, the head of media for Lidl, for example, outlined how it has already made the shift to own the contracts with DSPs and is now looking to forge the same direct relationships with media owners. But this does not mean it will rely less on its media agencies OMD and Starcom, he stressed.

Sophie Wooller-Dent, head of UK at The Programmatic Advisory, a company which helps brands in-house, said the IAB figures did not ring true and she would put it at 10-15% that “have genuinely gone fully in-house.”

“We’re nowhere near everybody being in-house in the same way that we’re nowhere near anybody doing all of their media in-house,” she said. “As the industry matures and there’s more talent in the industry, more brands will look to have more control and we will have some leaders that have the scale, capacity, willingness and budget to own everything in-house. But I can’t see a time when the vast majority of brands using programmatic exclusively have that relationship.”

The reasons for the in-housing were varied. Wooller-Dent said many are doing it to exercise more control and to ensure more transparency with the variety of players in the ad tech supply chain. Few panellists on the day thought that cost saving was one of the key motivators.

Following a series of national headlines detailing how brands are funding terrorism and other illegal enterprises, Amir Malik, a digital marketing expert at Accenture Interactive, suggested that ethics are increasingly at play and brands want to know how they’re funding pockets of the internet.

“It’s being driven a massive knowledge gap around how advertisers influence the internet and who they’re funding. It’s a deeper question brand should own,” he said.

The future of regulation

With the implementation of the General Data Protection Regulation (GDPR) well underway and the incoming California Consumer Privacy Act (CCPA) bill coming into effect on 1 January, the future of regulation was a key theme.

“It will be interesting to see what implications or threats these innovative new approaches to programmatic pose,” said Jacob Eborn, Privacy consultant manager, OneTrust PreferenceChoice.

Eborn said that this, along with the new reforms in the US’s approach to data protection “will set a tone but it doesn’t necessarily mean the way you define requirements from GDPR today will be the same requirements that are most important in 18 months from now.”

“Innovation is important,” said Belle Cartwright, director data strategy, EMEA at Essence. “Because in terms of regulation, it’s about finding multiple solutions, not just one. It’s not one size fits all.”

To prevent further challenges, she said “the biggest opportunity is for us to upskill consumers and tell them about their own data sets. The more clients that do that, the more people that know what they’re doing.”

In-housing and the birth of hybrid models, coupled with increasing spend on digital, is driving demand for programmatic talent within the walls of agencies, platforms, publishers and brands. However, finding and retaining that talent can feel like chasing “a unicorn” said Trade Desk UK general manager Anna Forbes.

“Attrition is a problem and companies have to provide a culture and an environment that makes people want to stick around, do well and finish projects.”

Finding talent to bolster in-house media capabilities was cited as one of the top concerns among marketers last year, but Forbes says searching for programmatic experts that have a creative flair, an analytical approach and are commercially savvy can feel like “looking for a rainbow-striped unicorn with glitter on one side of its face”. “It’s really hard to find that sweet spot, she added.

Luke Judge, chief executive officer at Incubeta UK and USA said there’s also the small matter of Google, Facebook and Amazon “sucking up” talent and hiking salaries up the process.

“It’s tough and you can’t find those people, straight out of university or straight off the street,” added Judge. “You have to offer e-learning platforms internally to develop that talent and then you’ve got to work hard to retain them in order to get a return on that investment and those people.”

OOH Programmatic is becoming more ubiquitous – but the measurement is lacking

In 2020 programmatic digital out-of-home (DOOH) looks to hit its stride. “We are definitely seeing a lot of growth there,” said Jean-Christophe Conti, chief executive officer, VIOOH – JCDecaux’s OOH programmatic trading marketplace. “In November, the growth was bigger than our Q2 and Q3 put together.”

Despite DOOH growing at nearly twice the rate of the total OOH industry, Andy Beames, general manager at Adsquare said: “We shouldn’t be afraid to admit it’s still pretty nascent in terms of where the industry is,” adding that there’s still education to be done, more inventory needed and a lot of infrastructure to lay down.

“We need to admit we’re not there yet and focus on getting there,” he stressed.

While OOH is traditionally seen as a ‘one to many’ medium, programmatic digital technology is changing all that. It’s not about micro-targeting, but for the “selected many.”

“Programmatic DOOH will never be a one to one medium,” said Conti. “Programmatic would be bringing greater complexity in how you’re going to be activating your campaign. Making it more relevant – not in a who are you going to target, but much more when and what is going to be the condition of the triggers to execute the target, and in that it’s going to be much more.”

He used an example of a pharmaceutical company that sold medicine for hayfever. It’s much more efficient when you communicate at peak pollen index, “that’s something you can’t anticipate so DOOH would have to be reactive by the hour.”

And while programmatic DOOH is proliferating, in terms of measurement, there’s still considerable work do be done. “This is a very young medium,” Conti explained. “Programmatically speaking, if we step back – how many years did it take for the digital industry to be efficiently measured? And that was much easier as you could count clicks and cookies.” He said the answer lies with the supply side, that needs to equip screens with better ways of tracking.

While linear TV advertising continues to rule the roost, an influx of broadcasters launching addressable TV products has seen a movement of budgets, with marketers eye’s widening by the tech capabilities that the latter provides.

While much of the VOD market was already locked down with Virgin Media, BBC, Channel 4 and Channel 5 partners of AdSmart, ITV faced off calls to join Sky’s addressable project, opting to launch its own offering – Planet V- which is built on global digital company Amobee’s advertising technology.

Whether this was a smart move, given the crowdedness of the nascent space, Lara Izlan, director, advertising data and analytics at ITV seemed unperturbed.

“TV is massive. I think there is a place to play for multiple technologies,” Izlan said assuringly, welcoming the competition. “We need multiple players in this space to make sure we keep challenging ourselves to build better solutions. Less than 1% of TV impacts addressable. There’s room for it.”

Digital analytics, optimisation, data science or programmatic expert, and looking for a job? Check out our latest live vacancies here

A hiring manager looking to expand your team with top-tier talent? Submit your jobs here

Are you currently hiring? 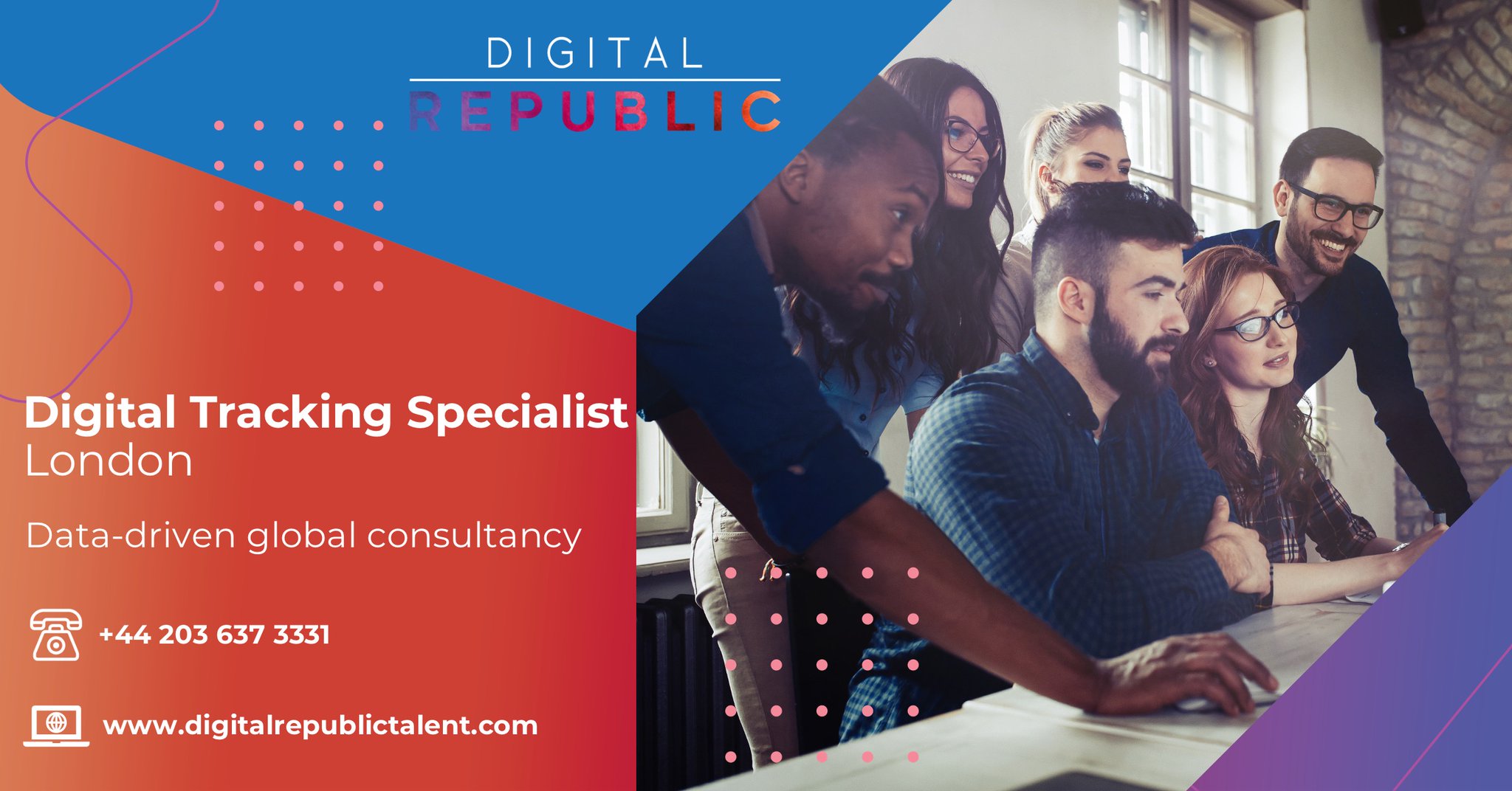 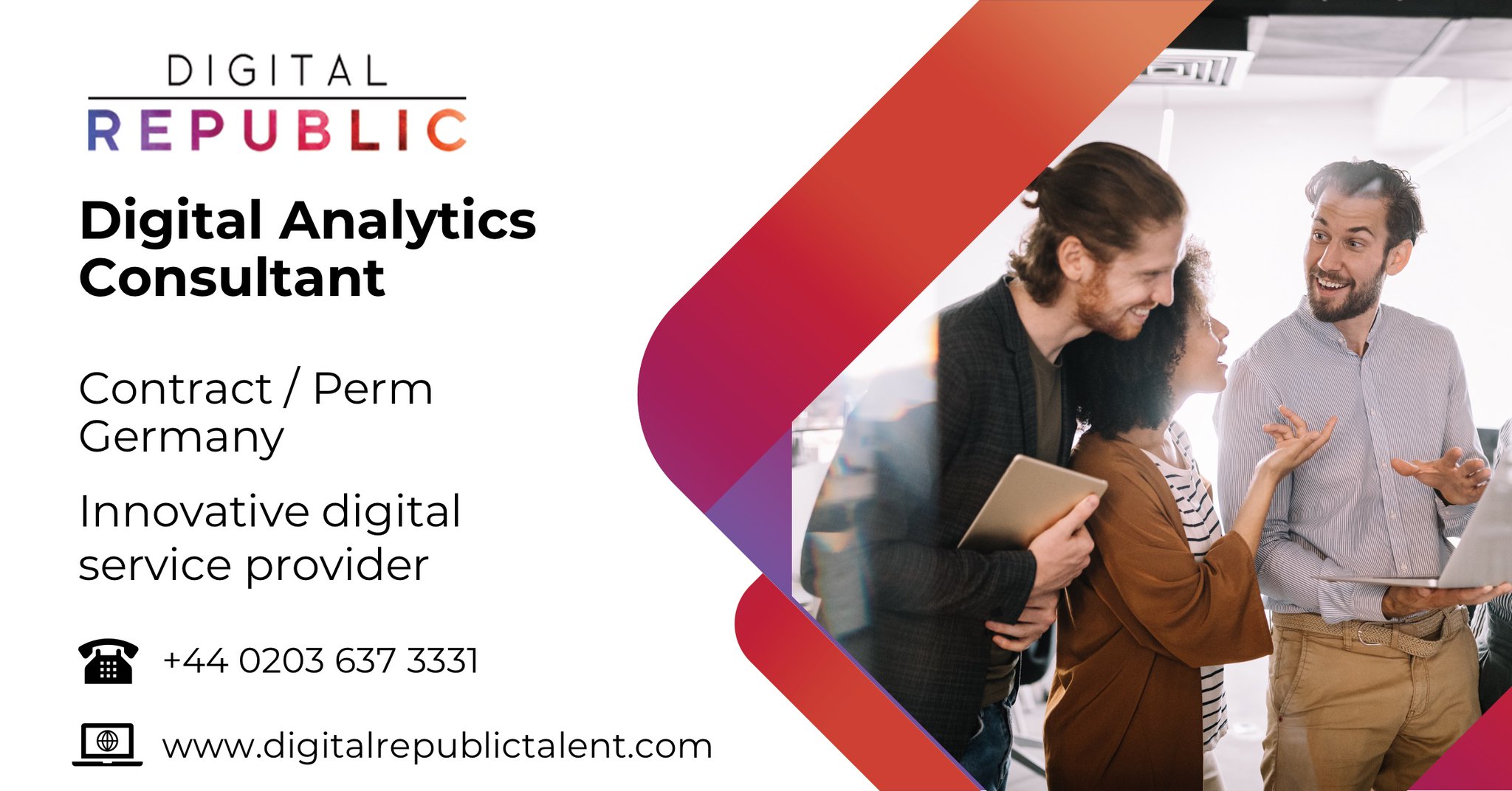 Join the Digital Republic Talent (r)evolution! 🙌🏻🙌🏽🙌🏿 If you are ambitious, money-motivated and have 3 months of #recruitment or 6 months of B2B #sales experience, we want to hear from you https://t.co/RCz8GQujMC #recruitmentjobs #jobs #jobsearch #hiring #salesjobs #jobvacancy https://t.co/j2yusKwCAV 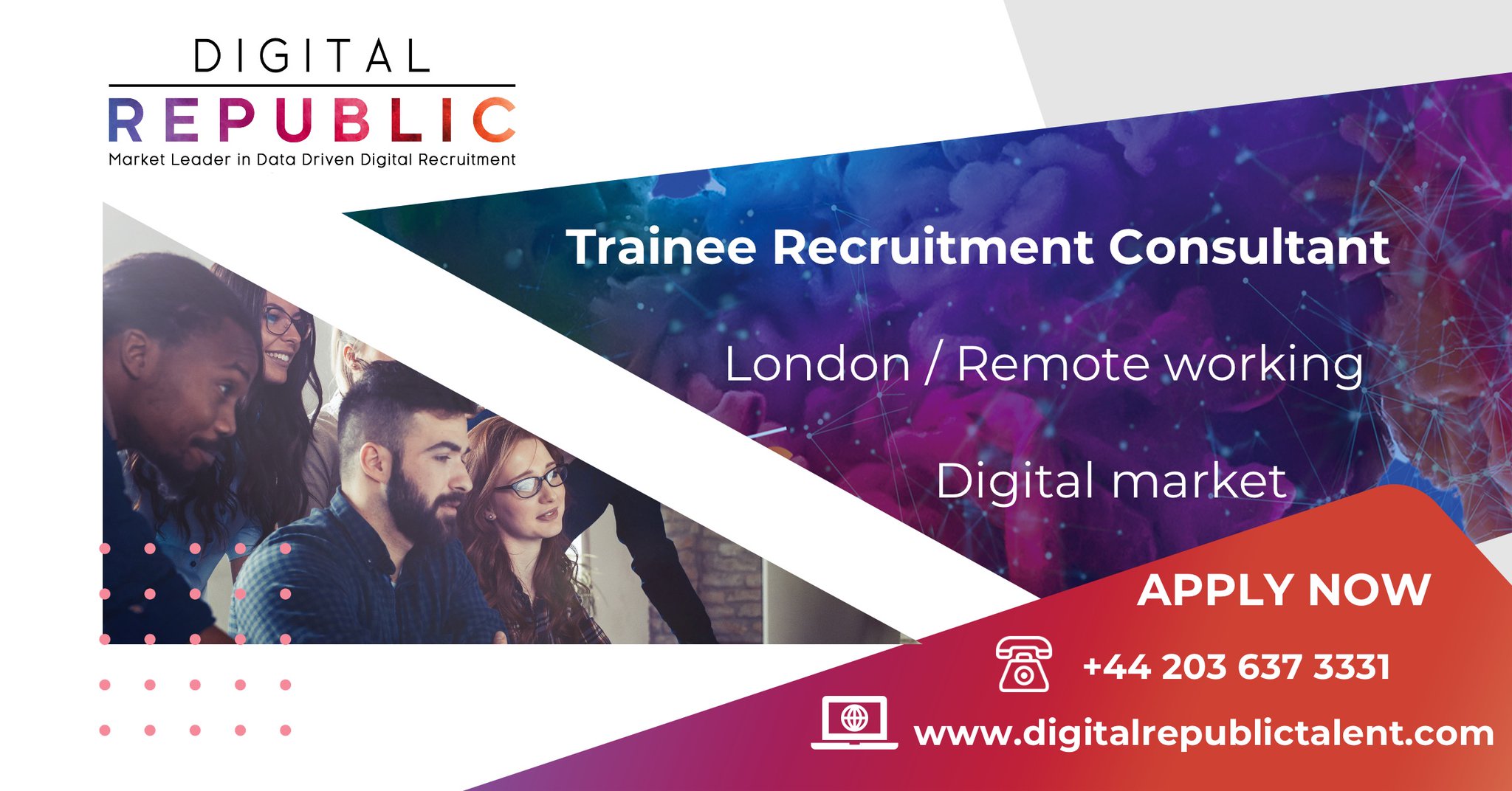 Last week @Google announced the arrival of #GA4, the latest version of #GoogleAnalytics. @jellyfishglobal takes a deeper look into it and explains who should be using it and why. https://t.co/ZbolcSPTv1 #digitalanalytics #dataanalytics #digital #data #analytics #googleanalytics4
h J R
@DRepublicUK

If you are a #digital practitioner and can spare 30s of your time please share your thoughts with us and have a chance to #win £100 gift card for your favourite retailer. 👉https://t.co/xvzNTLYu6D #marketdata #marketanalysis #marketresearch #marketreport #surveyresearch #survey
h J R
Follow @DRepublicUK

We are continuing our discussion about #BlackHistoryMonth and today our Founder and Director Richard Manso is speaking with the Category Leadership Director at Mars, Incorporated Silika Shellie about what this special month means to her and what her company is doing to acknowledge it.