The Federal Communications Commission has thrown a curveball into the global race for the deployment of 5G — the much-anticipated fifth generation of cellular and wireless technology.

FCC Chairman Ajit Pai has announced his support for a government-run auction of underutilized 500-megahertz space on the electronic spectrum that cellphone carriers like AT&T and Verizon need to deliver 5G wireless services.

It had been widely believed that this valued spectrum now under lease by the satellite companies and others would be transferred to the cellular communications companies through a quasi-private auction. The revenues from this auction of unused spectrum rights are estimated at between $10 billion and $30 billion.

This latest policy shift by the feds potentially raises two concerns that the FCC will need to address if it moves forward on this path.

First, this process may violate the contractual rights of the spectrum licensees. For example, the licensing agreements generally establish that while the FCC has clear authority to determine the nature of the services provided on the spectrum, the law also says that “where the Commission’s exercise of that authority infringes on the non-interference rights of existing licensees (or market access holders), its authority is circumscribed” under the Takings Clause of the U.S. Constitution.

While there is some dispute about what exact legal rights the incumbent licensees hold (in some cases the spectrum was provided for free or low fees by the government), clearly the license holders and the telecommunications marketplace have some rights to use or transfer usage to the spectrum to other parties, and that has been the case on many instances in the past.

Some firms have invested billions of dollars on investments tied to the spectrum rights they control. One of the financial motivations of the multibillion-dollar T-Mobile and Sprint merger was for T-Mobile to gain legal access to the spectrum licensed to Sprint. It is a dangerous precedent for the government to strip private enterprise of its property without fair compensation.

The rules for this have not been established under the new “public option,” and some members of Congress want nearly all of the proceeds to go to the government. This would be analogous to a firm obtaining mining rights on a property, and once the mines were built, the government snatches away its permits.

A practical concern with the public auction is that the FCC’s actions may unleash a flurry of lawsuits by the satellite companies that could delay the deployment of this vital resource — thus defeating the speedy-resolution purpose of the public auction in the first place. A group representing the current owners of this spectrum, the C-Band Alliance, told The Wall Street Journal that the government-run auction is bound to be delayed by “protracted litigation” that could take two to four years.

This would represent a big financial jackpot for trial lawyers and could erode American competition in the tech arena vis-a-vis our biggest competitors in Europe and Asia — and potentially the Chinese tech giant, Huawei. Why make it easier for the competition?

“The stakes could hardly be higher. If the Trump administration gets this 5G strategy wrong, it could be handing a billions-of-dollars, high-technology win to Europe or China by hampering U.S. innovation.”

The satellite companies have offered a range of 10-40 percent of revenues from an auction to go to the federal government. But this offer was greeted with howls of complaints from some in Congress, including Sen. John Kennedy of Louisiana, and from some taxpayer groups, who believe this would be a corporate welfare giveaway.

The anticipated legal brawl from this proposal could be an economically disastrous outcome.

First, there is no guarantee the government would prevail in court. Second, even a small delay in these spectrum auctions creates unnecessary delays for U.S. companies engaged in the 5G race. And to what end?

According to the Heritage Foundation’s Diane Katz, the economic benefits of deploying 5G innovations will be “enormous.” As she cites, a study commissioned by Qualcomm Inc. estimates that full implementation (by 2035) will generate up to $3.5 trillion in revenue globally and support as many as 22 million jobs.

There could be one billion users worldwide. The technology is necessary for the next generation of large-scale breakthroughs, including robotics, driverless cars, medical innovation and a much faster and more reliable global internet.

As such, there is a simple resolution to this problem that would benefit all parties. The FCC should negotiate an equitable split of the auction revenues between the companies with licenses of the spectrum and taxpayers, who currently own the spectrum. Of course, this payment must take into account fair compensation to the satellite companies for moving to other bands of the spectrum. This would also benefit wireless companies like Verizon that want to gain access to this spectrum to accelerate their position into the global race.

Our friends at The Wall Street Journal have correctly noted that the amount of revenues that the federal government might have to award to the satellite companies is dwarfed by the amount of added GDP and tax revenues the government will receive from a speedy deployment of the spectrum bands to the firms that want to build out 5G. This is no time to be penny-wise and pound-foolish.

The feds should also facilitate 5G deployment by requiring the Defense Department and the Commerce Department to forfeit some of the large bands of this suddenly highly-valuable spectrum that they don’t need. Why should private companies have to forfeit the spectrum bands they paid for when it is being underutilized, but not the government?

It is troubling that some critics of treating the satellite companies fairly complain that Intelsat and several other firms that hold these leases are not American companies. This could set a dangerous precedent that would reduce foreign investment in the United States — which is a huge job creator on these shores. Would we want to allow foreign nations to discriminate against American companies that do business and have assets abroad?

The stakes could hardly be higher. If the Trump administration gets this 5G strategy wrong, it could be handing a billions-of-dollars, high-technology win to Europe or China by hampering U.S. innovation. But if President Donald Trump and the FCC get the spectrum auctioned fairly and expeditiously the likely outcome, then White House economic adviser Larry Kudlow will be right, and made-in-America companies will continue to invest.

Digital analytics, optimisation, data science or programmatic expert, and looking for a job? Check out our latest live vacancies here

A hiring manager looking to expand your team with top-tier talent? Submit your jobs here

Are you currently hiring?

The results are in… We asked you what your company was planning to do when it came to their #returntowork #policies and the #hybridwork proved to be the most popular choice. Read more: https://t.co/N1Rqo0wYxU #hybridmodel #wfh #workingfromhome #remotework #flexibleworking https://t.co/kuIeTnfs8D 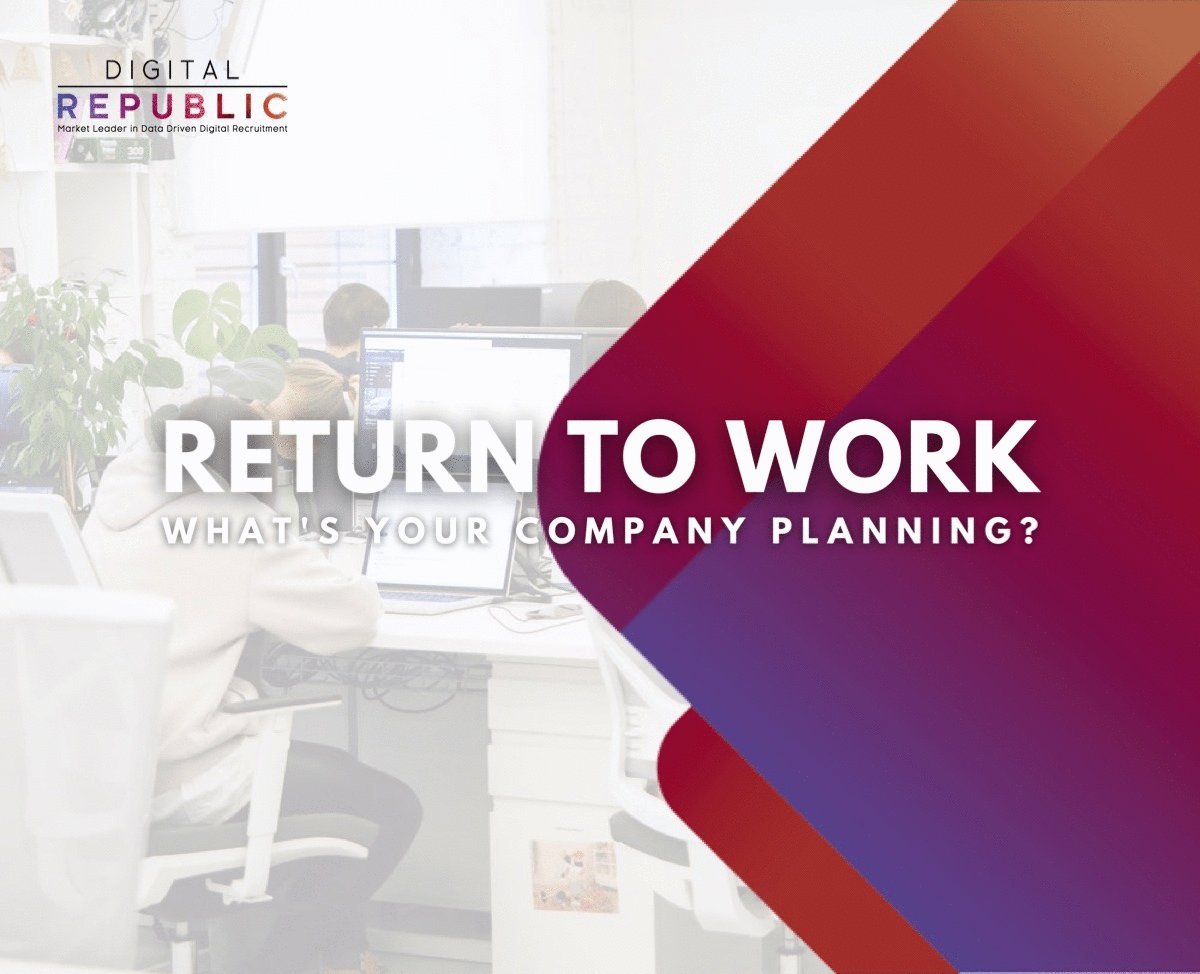 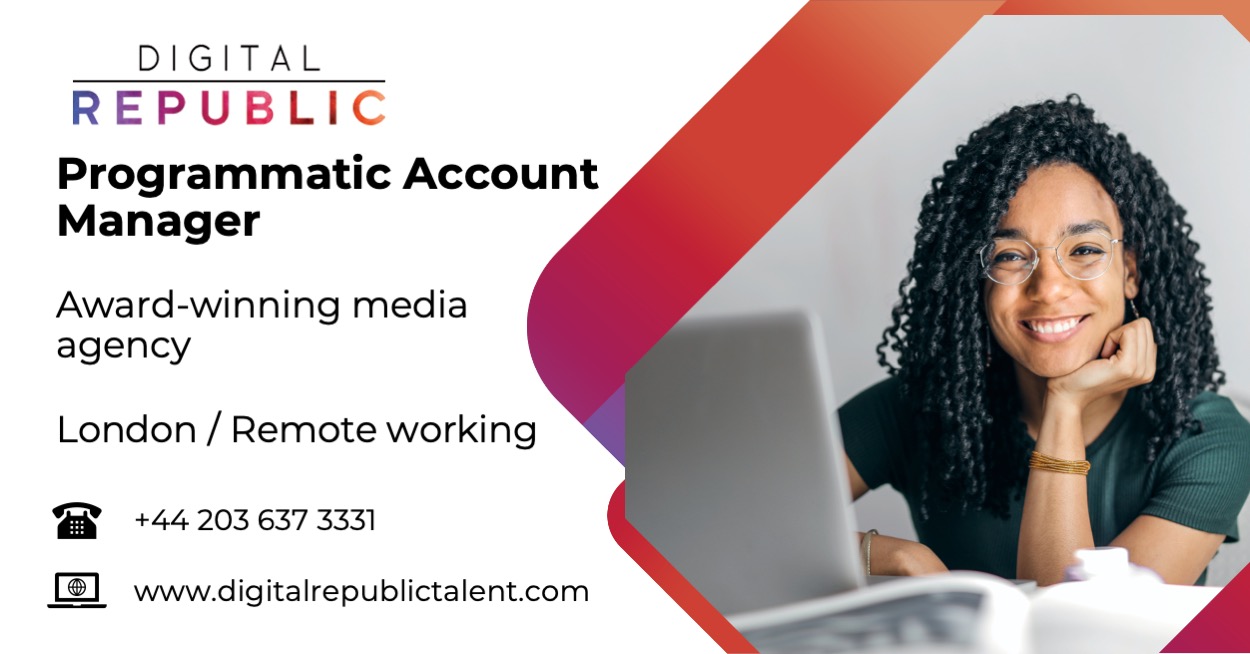 How have the #pandemic and #digitaltransformation have shaped recent #CloudComputing trends? Check out our most recent blog and follow us for more #Cloud updates👉https://t.co/yDEkuno8JZ #digital #technology #innovation #clouddata #hybridcloud #cloudarchitecture #cloudadoption https://t.co/nvr0f3Nk7L 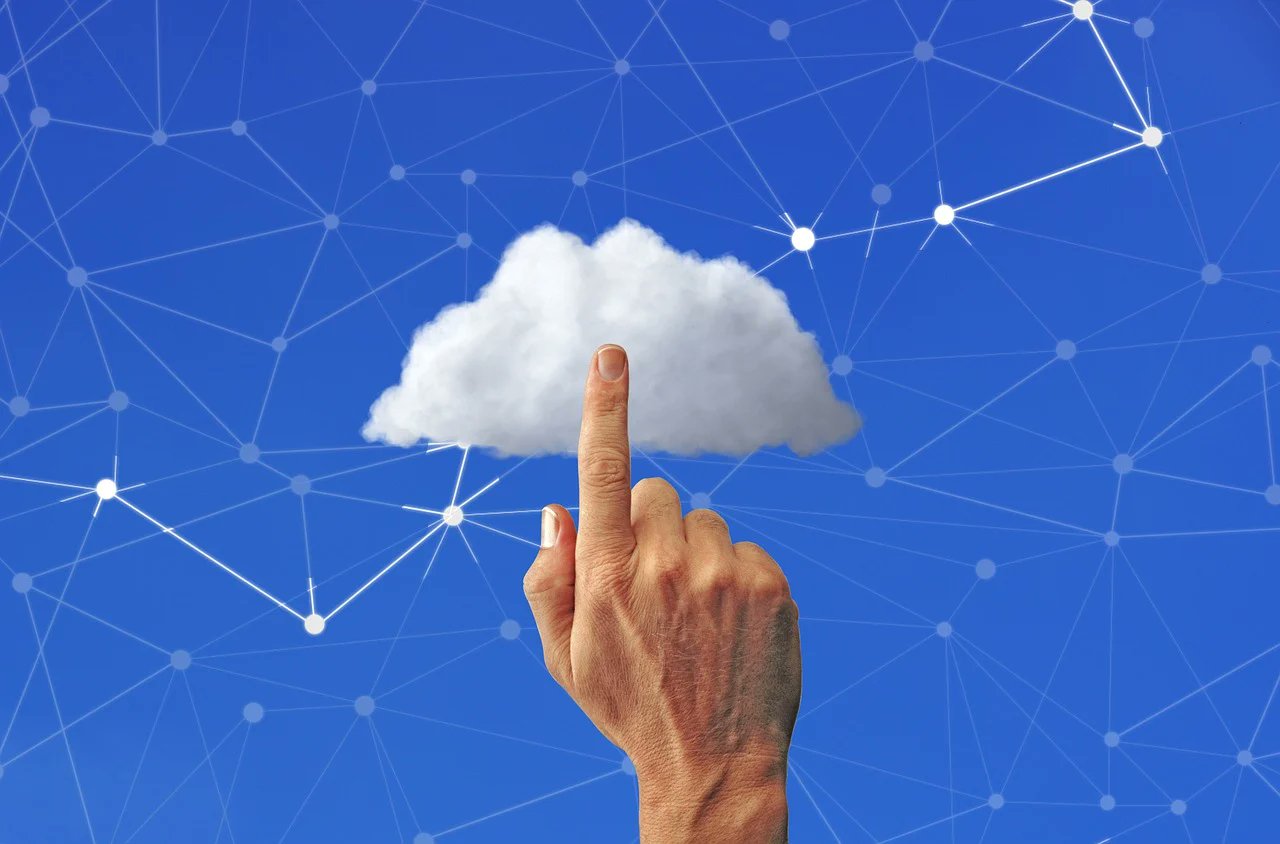 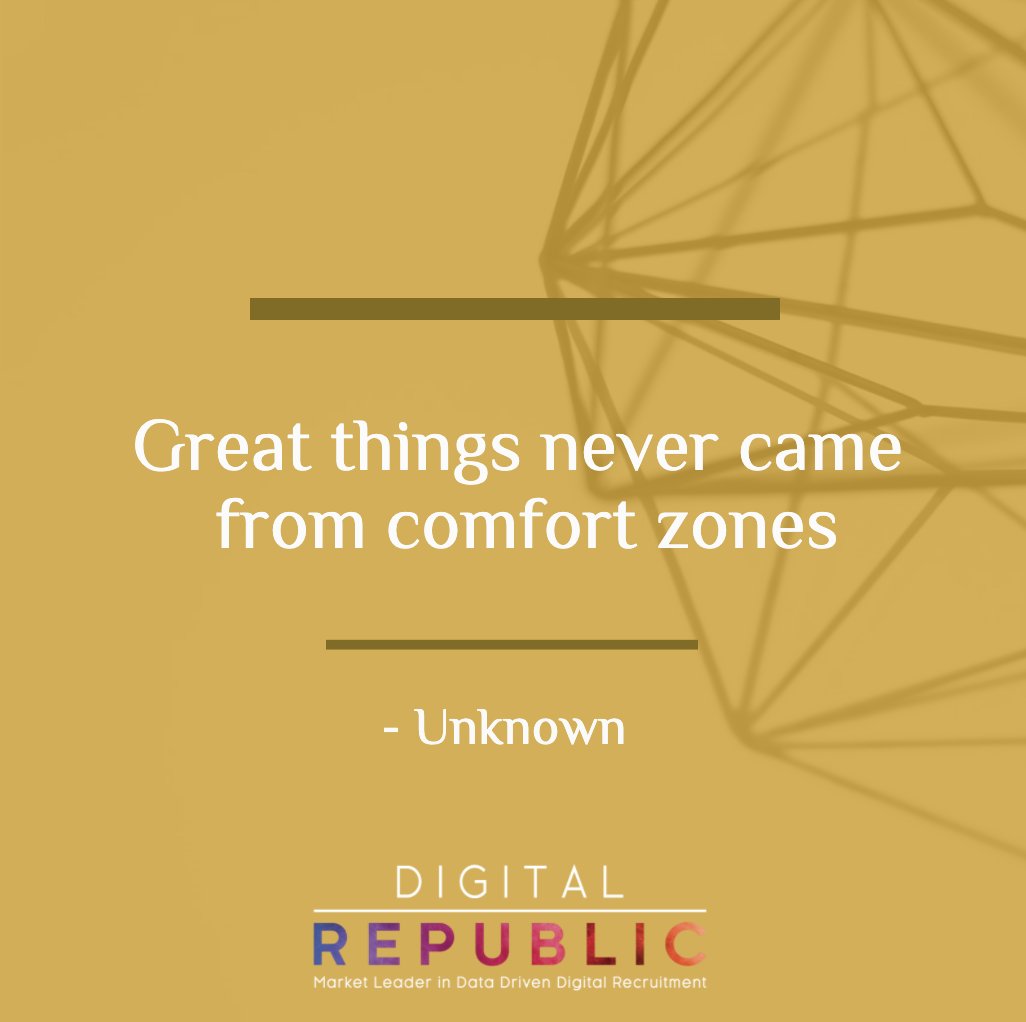 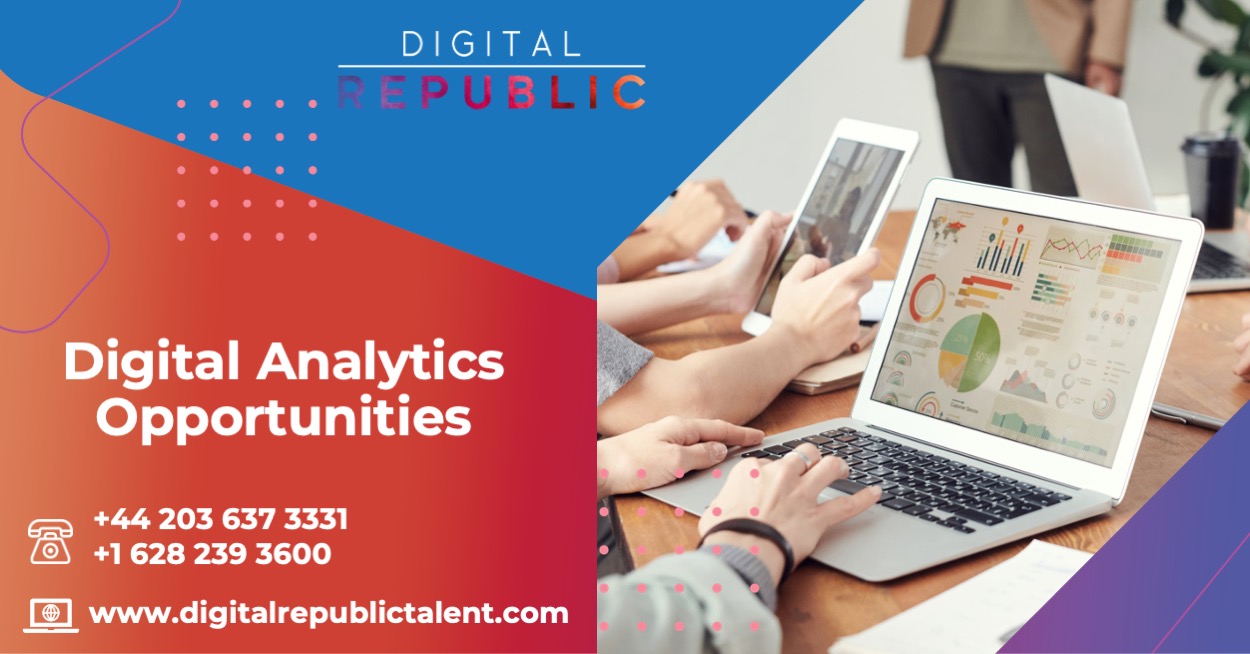 Key Points Google Cloud is moving to open up its Healthcare API. The company says the tool will make it easier for health systems to connect and share data in a unified view. It also said it will offer a range of other services to help health care organizations during the Covid-19 pandemic. Google is